from Bombay Beach by Cats on Mars 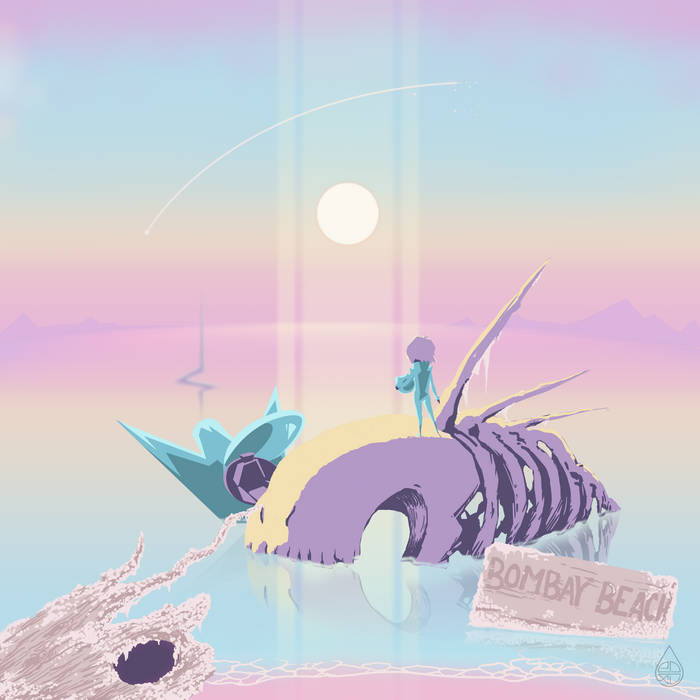 kyburg He says he's been working on this five years, he's right - I remember the first time I heard the tune. Haunting, but singable. Rustic with all the raw edges, loving and reverent.

Bombay Beach is a song that took five years to write, record, and release. I would have written “five years to complete,” but it’s still not complete, and it will never be complete, which is fine. I am releasing it today, at 6:29pm, which is sunset in the town of Bombay Beach, CA (pop. 225), exactly five years to the minute from the events depicted in the song.

The song is dedicated to my best friend forever, Natalia Alexeeva. For the in-depth story behind this song, see: wpo.pw/bb-notes

We stood on the beach made of rainbows and bones
At the shoals between life, between death
A half-sunken dock beckoned us to the foam
But we knew we had so much more left

Don't leave me on the shores of the beach
Stay with me; keep your self within reach
Don't leave me with my head in the sand
Someone take my hand

At infinite Mecca, you left me alone
and the color all drained from the sea
I gazed at the salt; all the lives I could lead
and how colorless they would all be

Don't leave me on the shores of the beach
Stay with me; keep your self within reach
Don't leave me with my head in the sand
Someone take my hand

The mall so abandoned; the scum in the park
We play videogames on our phones in the dark
I came here to lose you and yet you were there
Oh how long have I wanted
I'm begging
I'm waiting on you

Don't leave me on the shores of the beach
Stay with me; keep your self within reach
Don't leave me with my head in the sand
Someone take my hand...

We wandered alone and then we went back home
Bid farewell to the dinosaur trees
And though we may roam along disparate roads
I know you'll meet me back at the sea.

Special thanks to: Charleett Romero, James Montagna, Enrique Moreno, David Brown, Seth Boyer, and all of our other friends and family.
Extra special thanks to the live members of Cats on Mars (who, sadly, aren't featured in this particular recording): Laura Serafine (Vox/Keys), Aron Ortega (Guitar), Julie Gibbs (Bass), and Yuichi Ikeda (Drums)