Get fresh music recommendations delivered to your inbox every Friday.
We've updated our Terms of Use. You can review the changes here.

by Cats on Mars 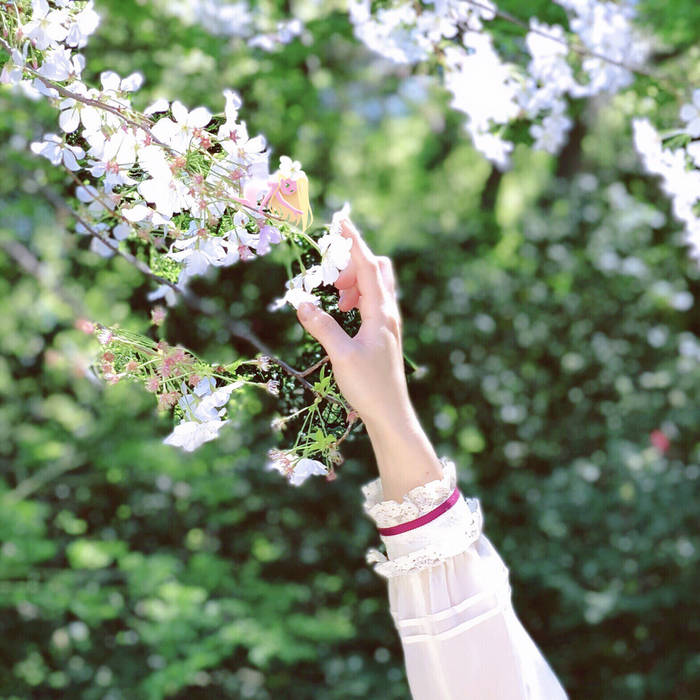 Natalia, for and about whom "Bombay Beach" was written, left this world on February 26, 2018. Nat and I visited Japan together in the fall of 2012, one month after the events I wrote about in "Bombay Beach," and one year after the Great Japan Earthquake of 3/11 had canceled what would have been her first trip to the country to see the sakura bloom. Although we made a trip before her health made that impossible, it ended up being in the autumn (both of that year, and, it turns out, her short, beautiful existence). Natalia never got to see the cherry blossoms herself, a unique and overwhelming experience I had always hoped that I would take her back to see. If "Bombay Beach" is about the best reason Nat and I could find to keep on living -- "to see what happens next" -- then "Iroha" is its companion and epilogue about finding the strength to move on, to take the very concept of "next" to... well, the next level.

The Iroha (いろは歌) is a famous Japanese poem that, much like Natalia herself, remains exceptional for its brilliance, brevity, and depth. The entire text of the poem is a pangram of the Japanese language (and thus used as a traditional ordinal for legal documents, musical scale tones, etc. akin to "a, b, c"), but this unique novelty does not constrain the depth of the poem's expressiveness; indeed, the word "Iroha" has become a synonym for the scattering of cherry blossoms and its implied metaphor for the fleeting beauty of life itself.

When Nat passed, a system of gentle storms passed over California, and LA saw an uncharacteristically invigorating, cool spring spell. We spoke of feeling her energy all around us, seeing her constantly in the pink blossoms and deep sunsets of orange and blue. This single brings together the sense of gratitude, loss, and hope expressed by Natalia's dear friends from around the world, peppered with influences and memories -- phrases she used, tweets she made, and songs she shared. Each chorus of the song ends with the word "saku" (咲く) -- meaning "[it will] bloom" in this context -- but the last time, as if a message from Natalia herself about how to best keep going, it is written "作" -- which is still pronounced "saku," but with the character for "create" instead of "bloom."